Today, less than 1% of U.S. citizens serve in the military. Specifically, 0.4% according to the Defense Manpower Data Center. That comes out to 1.4 million heroes. All of their own volition.

My father served in World War II, and he often spoke of grand celebrations when they liberated towns and villages in Europe. The citizens would throw a giant ticker-tape parade for our soldiers. The kinds of parades I’d see on TV as a child. They were somethin’. And it’s incredible to think that, even amid great devastation, they found a way to show their appreciation. 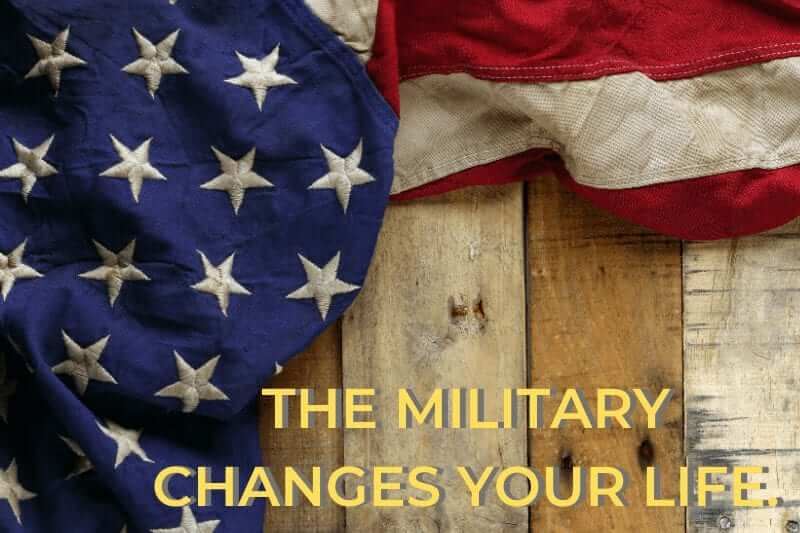 I couldn’t help but think of those parades last month as I watched veterans return home from their Honor Flight at the airport there in Marion.

Most of the vets on that plane probably never received the ticker tape parades my father spoke of. But each of them knows, and their family members know, the price that was paid.

The military changes your life.

Today, November 11th is Veterans Day. A day to celebrate and recognize the brave men and women who have served this country. And not just them… but their families, too. The mothers, the fathers, the spouses, the children, and friends back home. They make honest-to-goodness sacrifices, too, so that their loved ones can serve this great country.

Today is a day to appreciate the many freedoms that some people want to take away from us. I often wonder about those people… and the motivation behind their hatred.

Many of them live under tyranny and dictatorships. And if they can’t be free, they don’t want anyone to be free.

But we are free. And we need to celebrate those freedoms.

Why any American would not stand, take their hat off, and place their hand over their heart during the playing of our National Anthem is beyond me.

I still get emotional when I hear The Star-Spangled Banner and see the flag it describes. That flag means everything to me. And I proudly fly it here at the shop.

Veterans Day means more to me now than when I was a child.

Back then, I knew it was a holiday and an opportunity to get out of school for the day.

But as I grew older… and wiser… and became a veteran myself, Veterans Day took on a whole new meaning.

It’s a celebration… and a memorial… to those who have served and continue to serve the greatest country in the world.

Today, I celebrate the veterans on our team here at Pass One Hour, along with my fellow veterans near and far. I will talk to some old friends and remember those who left us far too soon.

Everyone who serves is valuable to our society and essential to our freedom. And I hope you’ll take time today to celebrate our nation’s greatest heroes.

I’m not sayin’ you have to throw a ticker-tape parade. A simple salute and thank you will suffice.

P.S.  If you’d like to donate to the Southern Illinois Honor Flight, visit VeteransHonorFlight.org. The next Honor Flight departs May 5th, 2020. Just one day later, May 6th, is the day I arrived home from Vietnam in 1968. How about that?