If there was a parade, by golly, he was in it.

My Favorite Promoter… the Pass It On for October 21st, 2019… brought to you by Pass One Hour Heating & Air… here’s Francis Pass…

Glenn Buntin was the manager of the Dongola roller rink where I would skate as a kid.

Glen had himself a motorcycle with a sidecar. He also owned a rescue dog. A Saint Bernard with a little barrel around his neck. I can’t remember the dog’s name, but I imagine it was something like Brutus or Sluggo.

He would put a motorcycle helmet on that big dog and load him up in the side car.

Then, he’d bring out the monkey.

Did I mention that Glen Buntin also owned a small trained monkey? Because he did. 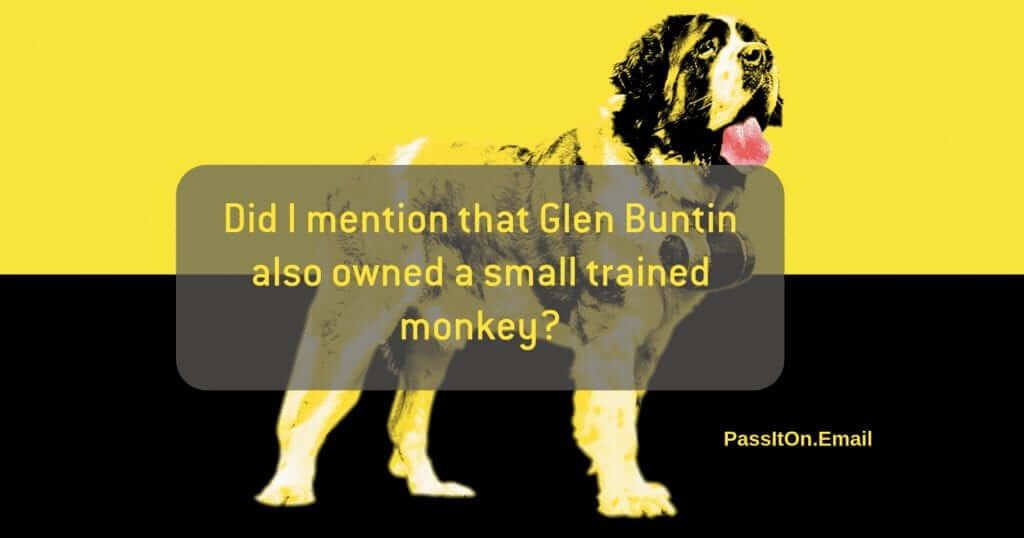 That monkey would climb up on the Saint Bernard’s helmet and hang on for dear life as Glen, wearing a red scarf and aviator goggles, would take off for the nearest parade.

They were a sight to behold.

The story goes that, one day, the owner of the dealership told Glen he wasn’t doing very good on his sales. So, ol’ Glen went to the Anna State Bank and took out a hundred dollars’ worth of five-dollar bills.

He stood beside the road at the intersection in town and shouted, “I’ve got free five-dollar bills. Who wants ’em?”

Lo and behold, nobody would take them. So, Glen went back and told his boss, “Things are so bad, you can’t even give away five-dollar bills!” 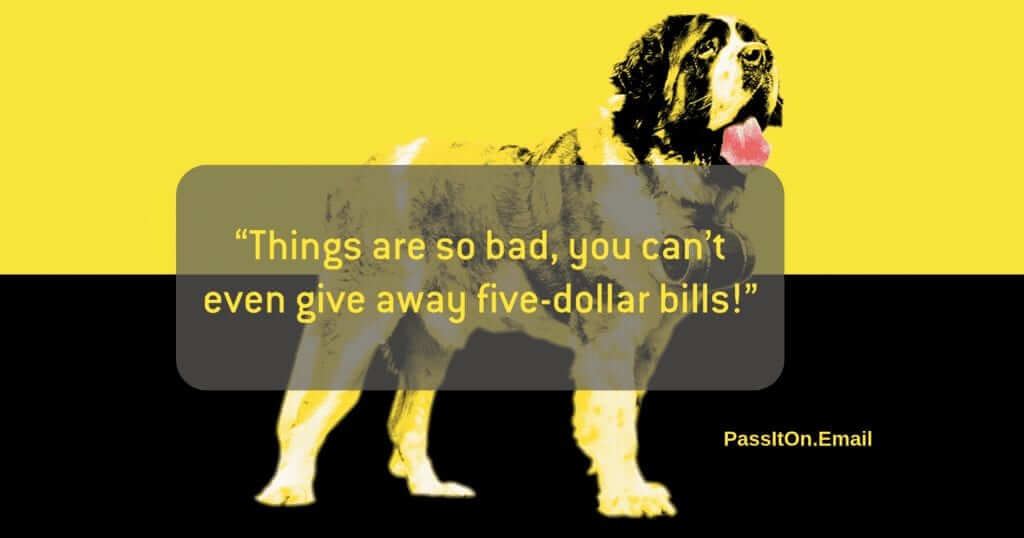 Good ol’ Glen. He was one heckuva promoter.

But he wasn’t my FAVORITE promoter.

My favorite promoter lived just down the hall from my bedroom.

My dad taught me a different style of promotion.

When I was a youngster, delivering the Southern Illinoisan, dad would buy a few extra copies for me to deliver to some neighbors along my route.

Then, we’d stop and visit with those folks to ask if they enjoyed their complimentary paper. Dad’s theory was always, once they read the Southern, they’d prefer it to the Cairo Evening Citizen, which was the Southern’s biggest competitor in Dongola.

That was my first lesson in marketing… I just didn’t realize it until years later when I opened my own shop.

By the way, those extra copies caused my paper route to explode from 29 subscribers to 109 paying customers.

No monkeys or Saint Bernards required.

I certainly enjoyed Glen Buntin’s shenanigans. They’ve stayed with me for many years.

But he couldn’t hold a candle to my favorite promoter.

P.S. Glen Buntin’s home had two mailboxes. A regular mailbox out by the road and another atop a looooooong pole way up in the sky. If you asked Glen, he’d tell ya… that mailbox was for Air Mail. 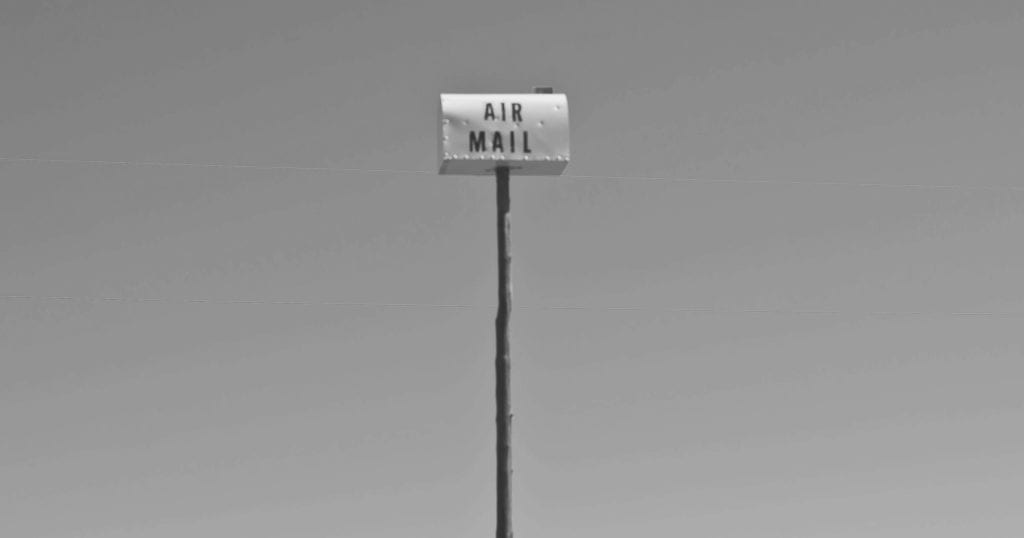