I have no idea how an infant comes up with a name like Popo, but that’s what my grandson named me… and it stuck.

Jacob was born in Carbondale Hospital. He was my first grandson.

And it’s true that they name you. One fine day, as I was holding that beautiful baby boy, something came a muttering out of his mouth. 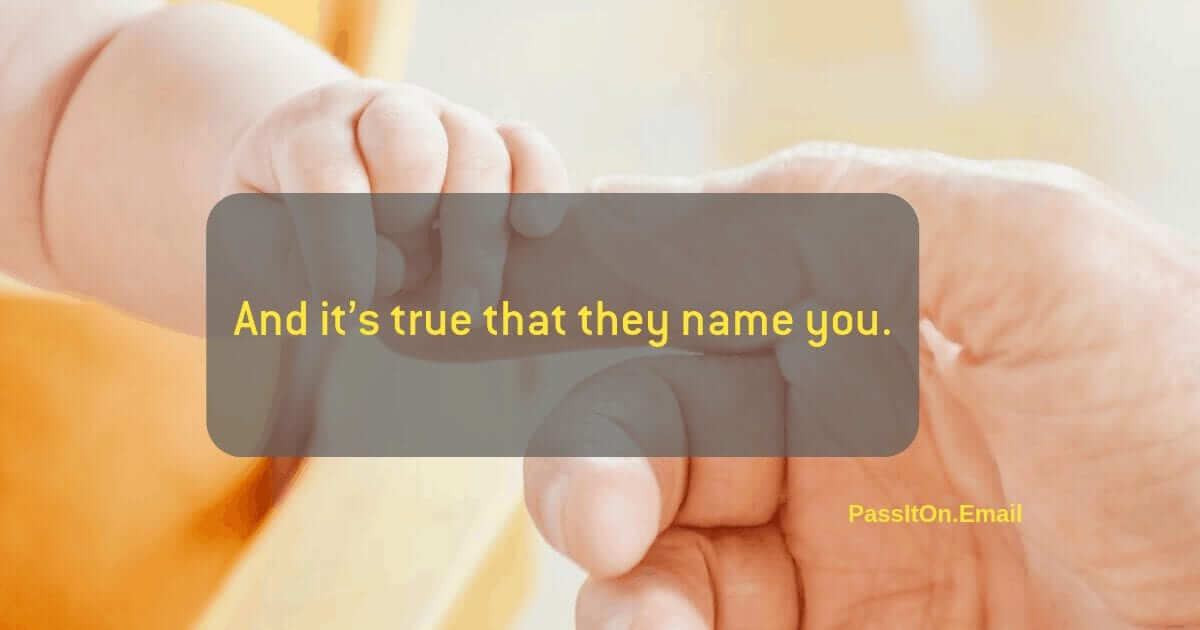 Now, every one of my grandkids refers to me as Popo. All eleven of ‘em.

Heck, I even sign our Christmas cards with Popo.

It’s a title I wear with honor. I love being their Popo.

Y’know, for me, grandchildren fill the gaps that I missed out on with my own children. 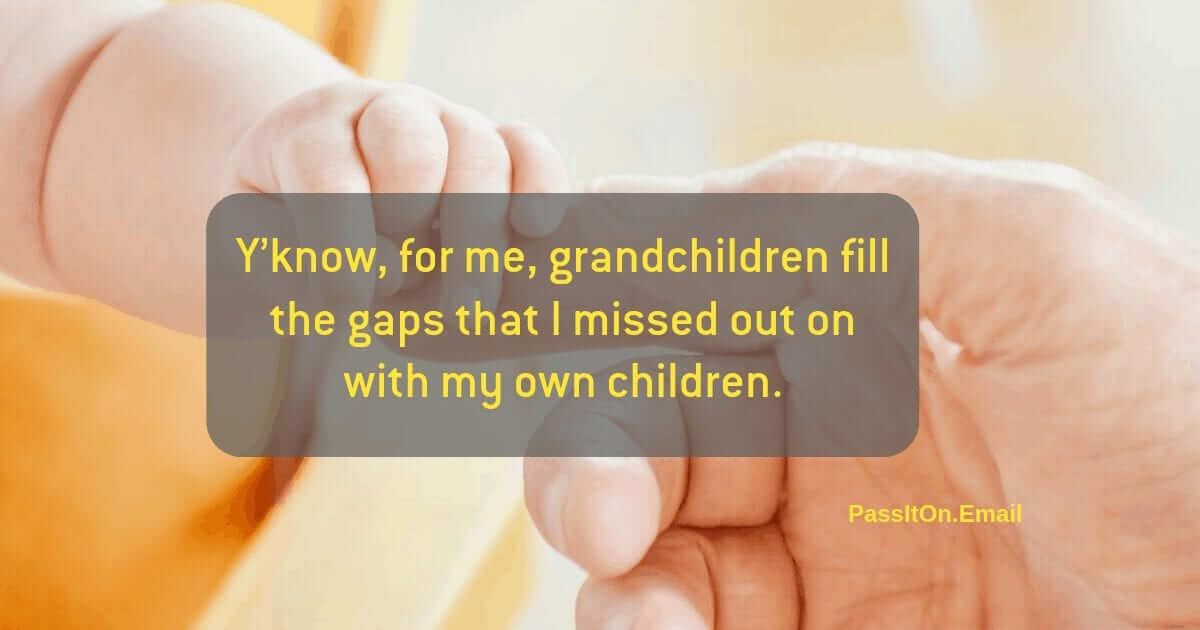 I did a lot of working while they were growing up, taking every call I could. I started early… and worked late. Starting your own business can be a wonderful thing, but it comes with sacrifices.

I realized that when my grandchildren came along.

Grandkids bring so much joy… but it’s a different kind of joy than when I had my own kids.

You see, eventually you feel the pain of losing the child in your children.

There comes a time when they won’t lay with ya on the floor anymore. They go to their rooms, close their doors, and turn themselves over to their TV’s and them dadgum phones so they can InstaTube and FaceSnap, or whatever the cool kids do these days. 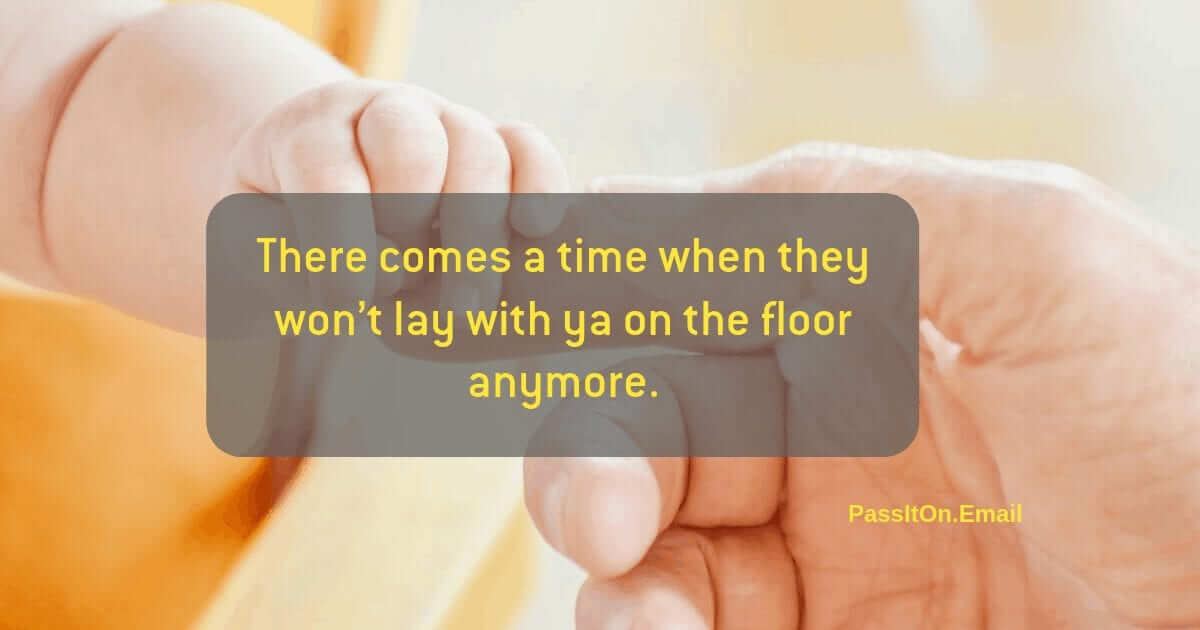 Yes, one of the most painful things about having children… was waking up one morning and realizing that they weren’t children anymore.

It hurts. But it’s only temporary. Because the next morning you rise to find that your children have kids of their own. And you marvel at what tremendous parents they are.

My daughter Stephanie and her husband Todd were married for six years before they had their first child. Then they had seven. One every two years. You could set your clock to it.

I’m happy to report the little tyke who named me Popo is now twenty-five years old. And a few weekends ago, out in the woods of Tennessee, I watched Jacob marry a lovely young lady named Mia.

It was a phenomenal wedding.

I can’t wait to see what kind of parents they will be… and what names they come up with for my children. 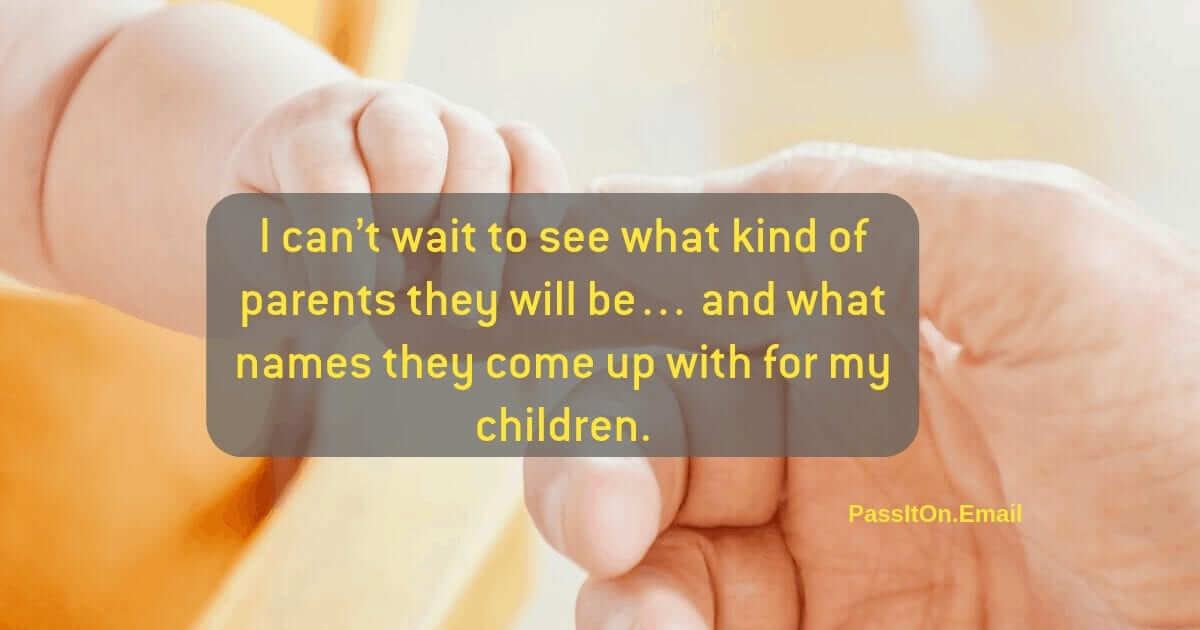 Whatever names they come up with will be fine.

Did you have a special name for a loved one? Or do you have a favorite name that someone calls you? I’d love to hear about it. 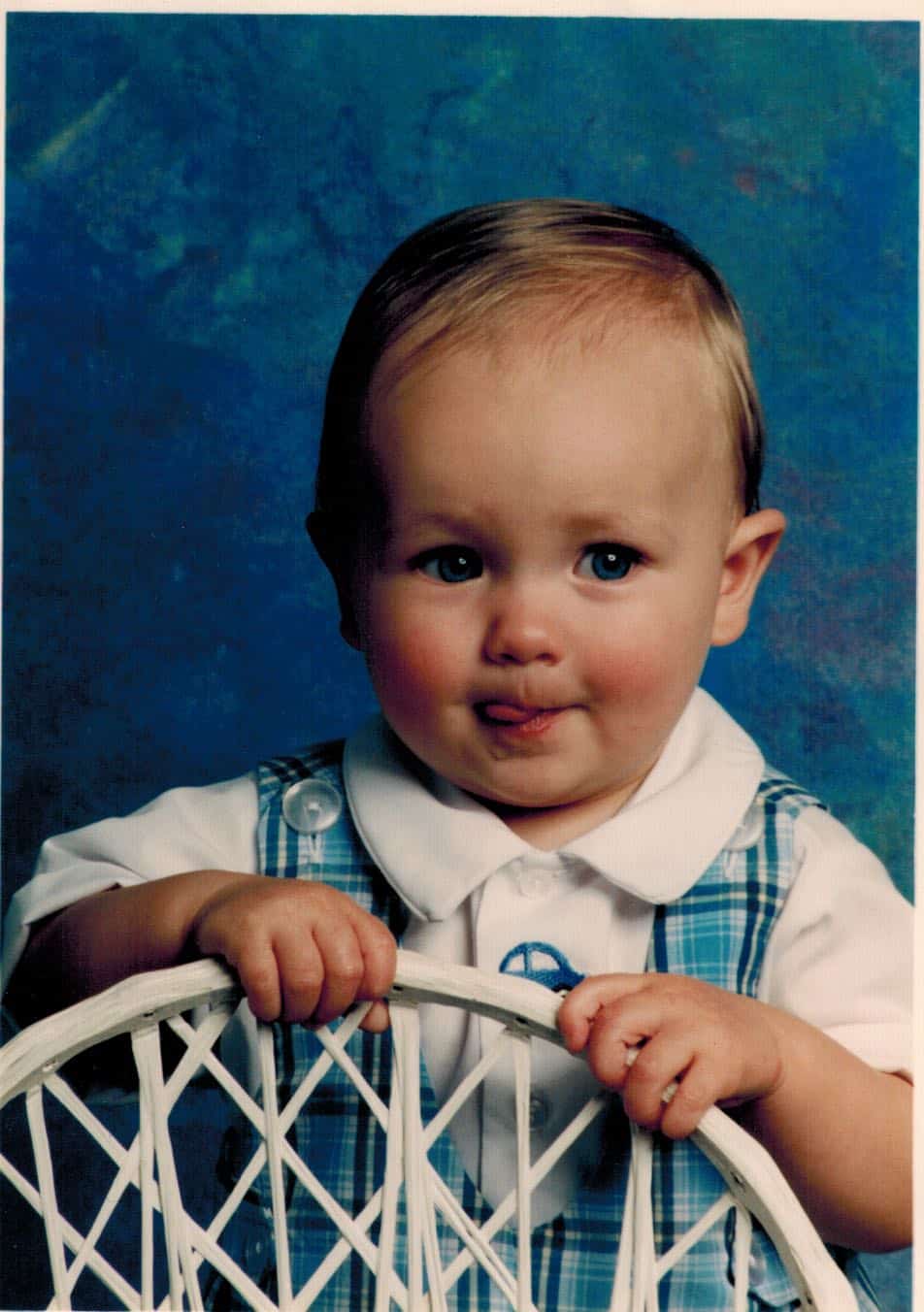