Hello all. Thank you so much for taking time to read and share my musings and remembrances. This particular story resonated with so many people last year, we feel the need to share it again. On behalf of everyone here at Pass One Hour, we wish you and yours a safe, warm, comfortable holiday season. Be well. Stay well. – FP

On Christmas morning, my dad’s favorite thing to do was watch the facial expressions on his kids’ faces as they opened their gifts.

As a child, I didn’t understand why he enjoyed it so much. But I do now.

Remember boom boxes? Man, they were huge. Back in the 70’s and 80’s, kids would walk around carrying those giant boom boxes on their shoulders and listen to what they considered to be music.

Those big boom boxes put transistor radios to shame. But I loved my little transistor. I carried it around on my paper route… and it would bring in WLS out of Chicago like you wouldn’t believe. Old Dick Biondi’s voice would come in crystal clear. I’d listen to my favorite songs on the peaks and valleys of Dongola, as I rode my bike and delivered my papers. Mr. Biondi was my co-pilot.

That tiny transistor radio was one of those cherished Christmas gifts I received as a child. I’d put it on my bedroom windowsill and bask in its wonderous FM glory. I’d leave it on all night long. 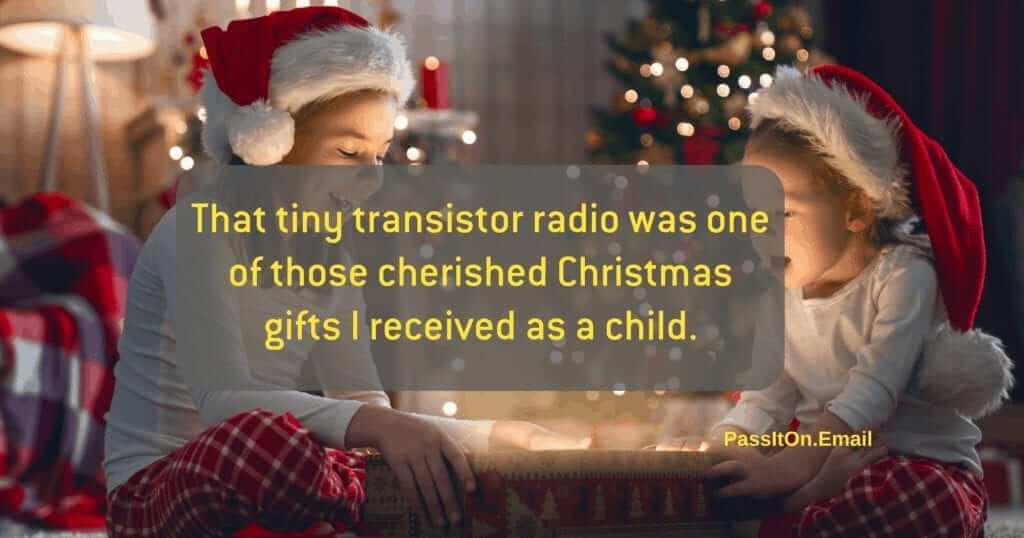 Flash forward to when my son, John, was young. Now, I don’t recall ever enjoying John’s choice of music. I suppose that’s normal. We both had a little different taste back then.

But I remember one gift we gave him that made me feel like a ten-year-old. One day, many Christmases ago, Patricia and I were walking through JC Penney’s… and there it was.

Sleek, shiny, with speakers that would shake the snow of the rooftop on Christmas morning. A big, beautiful, red boom box.

I tell ya, it was somethin’.

I just knew that John would love it. It wasn’t just a radio, either. It had a tape deck to play and record on cassette tapes.

And if any of you young whippersnappers don’t know what a cassette tape is, Google it.

I couldn’t wait to get home so I could wrap that boom box and place it under the tree.

On Christmas morning, just as my father always did, I eagerly watched John’s face as he opened his gifts. And when he tore the paper off that big, beautiful red boom box, his expression was…Disappointment. 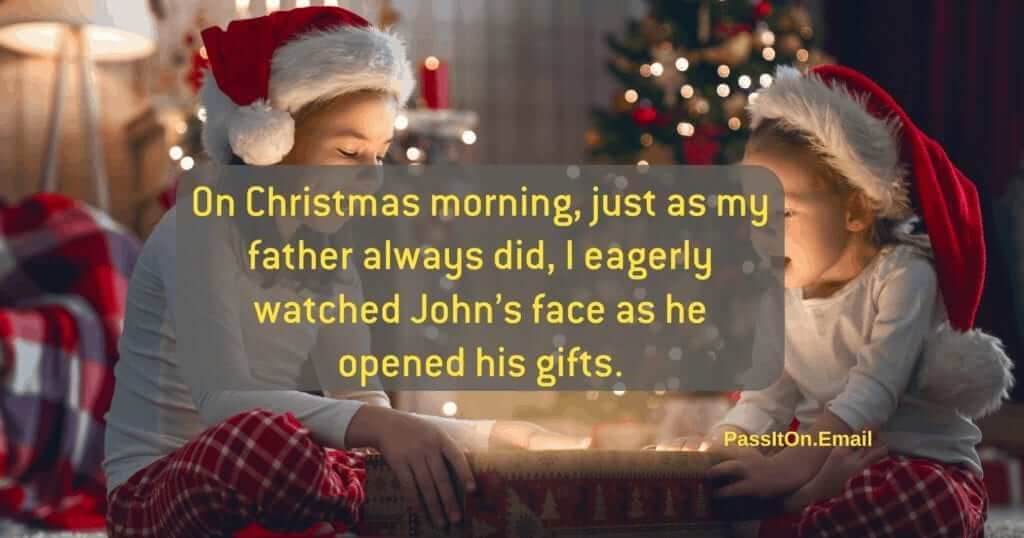 I was stunned. He was nowhere near as excited about that boom box as I was.

So, he went on to the next gift.

I learned a few things in that moment.

One, just because someone may not appreciate a gift doesn’t mean you shouldn’t give it anyway.

Two, giving is so much more fulfilling than receiving.

And three, it made me appreciate the greatest gift I’ve ever received.

No, I’m not talking about that transistor radio.

But God the Father loves us enough that he gave us his one and only son so that we could be saved. 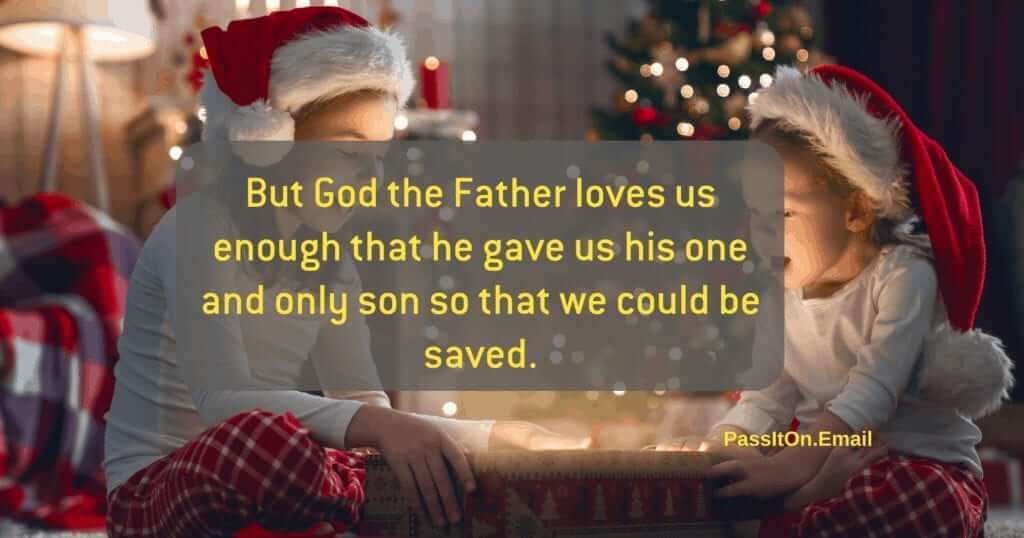 And you know that our Father is watching us with eager anticipation as we open the greatest gift that has ever been given.

The gift of forgiveness.

The gift of salvation.

The gift of eternity.

P.S. John might not of liked the boom box, but you should’ve seen his face light up when he unwrapped that BB gun. And, no, he didn’t shoot his eye out. 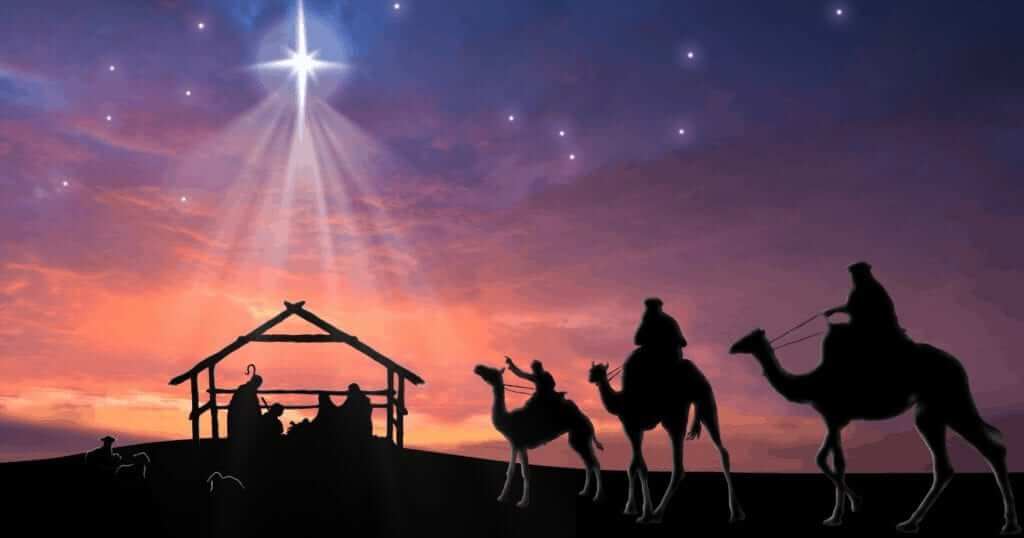