By One Hour Heating & Air Conditioning

During these uncertain times, it is important to focus on the positive things going on in the world as well. One Hour Heating & Air Conditioning franchises across the country have been stepping up to help their local communities.

We are honored to share some great stories from our network of franchise owners.

“These are unprecedented times and we understand that it may be difficult for people to find face masks, so we took the initiative to gather a bulk supply for those in need. We just want to do our part to make sure that the Charlotte community is safe and has the resources they need to stay protected,” said Mike Fowler, owner of One Hour Heating & Air Conditioning and Benjamin Franklin Plumbing. 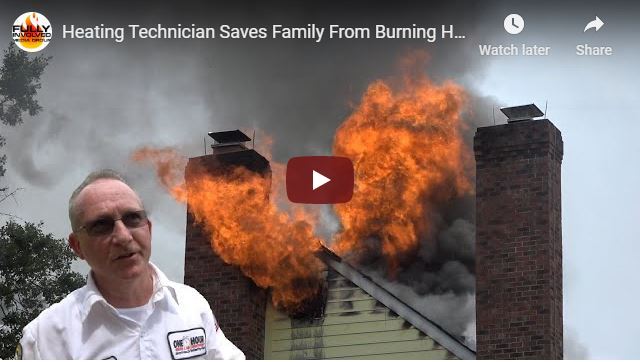 Jim Washer, from the One Hour Heating & Air Conditioning location in Charlotte, North Carolina, saw flames coming from a home while on his way to a service appointment on June 6 and knew he had to help. Jim quickly called 911 and then entered the home, finding the mother and daughter who were unaware of the fire. He then helped to get the family's pets--a dog, cat, and lizard--out of the home.

“They were calling me a hero. I’m not a hero,” Jim told South Charlotte Weekly. “I was just in the right place at the right time.”

Jim was featured in South Charlotte Weekly for his selfless act.

Click the image above to watch an interview with Jim from Fully Involved Media Group LLC.

When a few of their employees wanted to get more involved in the community, the One Hour Heating & Air Conditioning office in Avon, OH decided to host a blood drive in their office with the American Red Cross.

The team reached out to the Red Cross and they set up a meeting to go over why it’s important and the criteria. They then set up a date and produced marketing materials.

Based on the size of the Avon office, the Red Cross set a goal of 17 pints of blood and 31 participants. The blood drive surpassed that goal with 25 pints of blood donated!

“It was a big success, very easy to coordinate, and we are looking forward to hosting more in the near future,” said Heather Kucbel, the office’s Sales/Marketing & Install Manager. 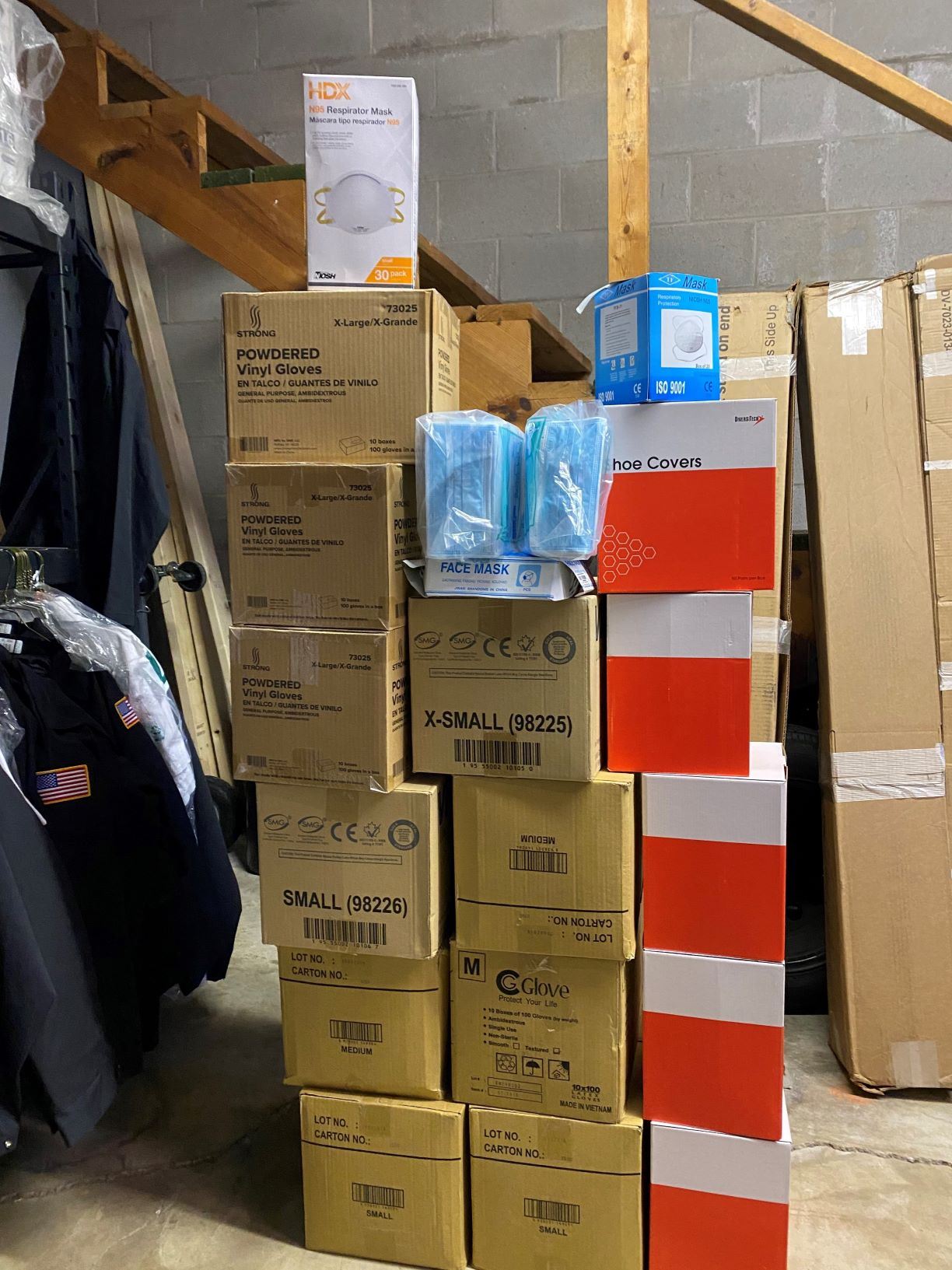 When a local hospital, McLeod Seacoast, was struggling to have enough personal protective equipment, Richie Drew, owner of One Hour Heating & Air Conditioning of Myrtle Beach, worked with his wife and friends to gather and donate supplies. “[My wife] had a couple friends that have nail salons,” Richie said in a recent news article. “They’re closed down based on the governor’s orders. They came through with about 10,000 pairs of gloves.”

Richie has been featured in the local news sharing the importance of these items to local hospitals, urging other businesses to help. “We use this stuff on a daily basis,” he said in one interview. “We kind of take it for granted. Don’t hesitate to donate those things. Don’t hoard them. Don’t hang on to them. I know there’s a lot of contractors out there that may have these masks. Let’s get them to the front lines.”

After learning that the local Scotland Memorial Hospital was out of shoe covers, Derek Cole, general manager of the One Hour Heating & Air Conditioning in Laurinburg, NC wanted to help.

“One of our team members, Gabby, came to us and said her friend told her they needed shoe covers at the hospital,” Derek said in a recent news article. “We then immediately called our shoe cover vendor and had six cases (900 pairs) next-day aired to us so we could deliver them to the hospital as soon as possible.”

Derek saw this opportunity as a way to serve and thank the local community that the office has called home for 67 years.

Derek’s donation was recently featured in The Laurinburg Exchange.

As if the challenges brought on by the Coronavirus weren’t enough, the Medina area was recently hit by a tornado. The tornado touched down 100 yards from the local office before making its way through downtown Medina.

The local One Hour Heating & Air Conditioning office saw it as an opportunity to do some good while creating work for their staff. “We’re in a slow part of the year and things are even slower with the pandemic,” said General Manager Brian Wick. “I wanted to get my guys some hours.”

The office proceeded to transition their trucks to debris clean-up efforts. Over the course of four days, One Hour staff helped ten families by cleaning and cutting up fallen trees. 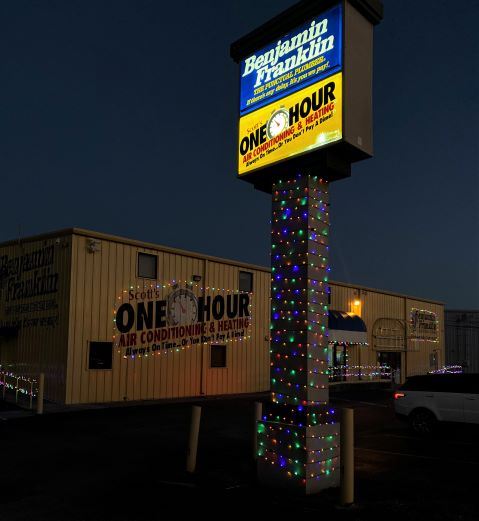 Over the last few weeks, homeowners have been putting up their holiday lights as a way to spread some hope during these unprecedented times. Father and daughter team Scott & Alysha Vigue loved this idea so much, they decided to make it into a competition for their customers.

For their “Light of Hope” challenge, they are asking homeowners in the community to put up their holiday lights and send them the picture. They’re even offering help to put up lights if anyone needs! The person with the best display will win a Whole House Air Purification UV Light System from One Hour and a Water Purification System from Benjamin Franklin Plumbing.

Check out the video Scott & Alysha made highlighting the contest.

Employees at the dual-owned One Hour Heating & Air Conditioning and Benjamin Franklin Plumbing in Knoxville, TN, are providing more than their expert services—they are distributing home essentials to customers who need them. Several employees search local stores—often in the early morning hours—to purchase hard to find toilet paper and meat. Then, they distribute the goods to people in need. They have also picked up medicine for three elderly customers who were afraid to leave the house.

Want to See More From Us? Sign Up for Our Monthly Newsletter!